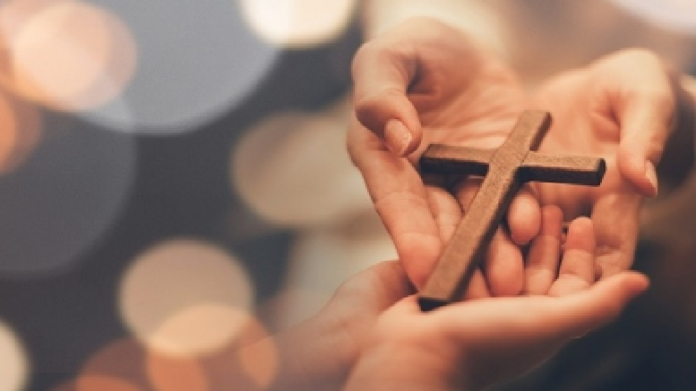 Amazon has been accused of funding a Christian conversion module that is reported to have converted more than 25000 people in north-east Bharat. The Organiser published an article in its November edition that said the American Baptist Church’s (ABM) conversion module received monetary aid from the e-commerce giant.

“E-commerce giant Amazon is financing the Christian conversion module run by American Baptist Church (ABM). There is a possibility of a money laundering ring run by multinational companies and ABM to fund India’s huge missionary conversion mission”, reports The Organiser. It further points out All India Mission (AIM) is the missionary front run by ABM involved in evangelism.

A screenshot of AIM’s Twitter post appealing to people to shop under the Amazon Smile Initiative was also shared in the article. “Amazon is sponsoring the conversion module of All India Mission by donating money against every purchase by an Indian”, the article noted. The social justice forum of Arunachal Pradesh has highlighted that the e-commerce giant has been using the Amazon Smile Foundation to fund AIM.

“The e-com giant has reportedly accepted the truth of funding the All India Mission from their US Office. The All India Mission has another front called Calvary Gospel Ministries trust that plants Churches across India under the secular name Parthana Bhavans to lure the gullible population into conversion. The organisation alleged that Amazon is patronising AIM in these endeavours”, the report says.

The company has denied the accusations and added that it had no connection with AIM or its affiliates. It also stated the Amazon Smile program doesn’t operate in the Indian market. The clarification issued by the company further confirms that customers have the right to choose an organization from multiple non-profit ones to which they would like to donate. It said the non-profit organizations register themselves under the program and the company doesn’t endorse the views of any charity participating in the program.

The National Commission for Protection of Child Rights (NCPCR) summoned Amazon India’s head in September this year after the company failed to respond to their notices. NCPCR sought information on allegations of funding an organisation involved in illegally converting children to Christianity.

“Amit Agarwal, Global Senior Vice President and Country Head of Amazon India, was asked to appear before the NCPCR on 1st November to explain the reasons for not responding to the statutory body’s notices and also provide the answers to questions asked them”, says OpIndia.

The e-commerce giant came under NCPCR scrutiny after it came to light the company donated to All India Mission (AIM), an NGO accused of indulging in unlawful practices. NCPCR issued a notice to the company after the Social Justice Forum of Arunachal Pradesh complained to the child rights body pointing out that AIM was illegally converting children to Christianity.

“It has been mentioned in the complaint that the said organisation has more than 100 orphanages across India. As per the complaint, the website and social media pages of the said organisation clearly state that they aim to convert the people in India and also claim that they have already converted many people in India already, especially in North East India and Jharkhand”, the NCPCR notice reads.

NCPCR issued its first notice to Amazon India on September 14 asking it to provide all details of donations made to All India Mission within seven days. It send a reminder on September 30 after the company failed to respond but the second notice was also ignored by the company officials. Hence, NCPCR has now summoned Amazon India’s country head under Section 14 of the NCPCR Act, 2005.