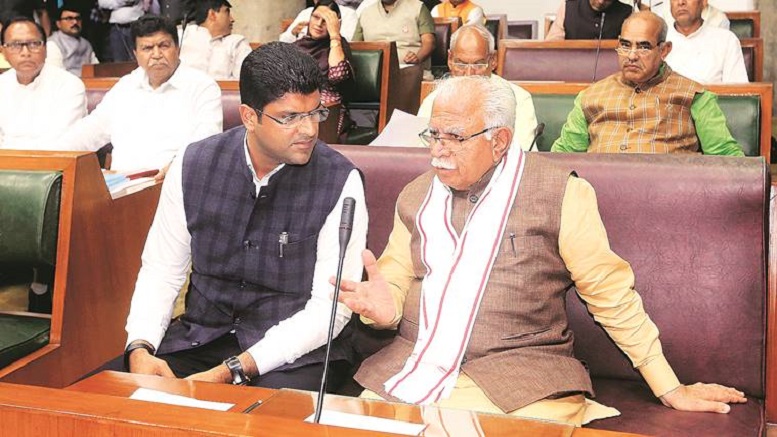 The Govt. of Haryana has drafted an ordinance to provide 75% reservation to locals in private jobs. This ordinance will earmark new jobs with a salary of less than ₹50,000 per month to local candidates in privately managed companies, societies, trusts, limited liability partnership firms, partnership firms etc. which employ more than 10 persons. This step may have major legal, social and economic consequences at the national level.

It is to be noted that Haryana is not the first state to make such provisions. Andhra Pradesh passed a similar act in 2019. Maharashtra is also thinking on the same lines. Kamal Nath made similar provisions in MP. Indeed, in Haryana the demand is not new and JJP, the ally of BJP in Haryana govt, had made it part of their election manifesto.

The implications of this step merit our serious attention. This will certainly put pressure on other state governments to enact similar laws. It is reasonable to expect that within a few years, similar laws would be there in all industrial states. Only the states of north and east Bharat with surplus labor are not likely to enact such laws.

The legality of this step is still doubtful. Although there have yet been no challenges, it can be challenged as being against the constitutionally guaranteed rights to equality and freedom. It could also lead to demands for govt jobs to be reserved for local residents, which is again likely to fall foul of the Art. 16 of the constitution. It is to be noted that ‘labour’ is subject to concurrent list in the Schedule 7 of the constitution of Bharat, so government of Bharat as well as state governments can enact laws relating to labour.

The economic impact of the step are worth pondering. The labor market distortions might make manufacturing dearer for firms. Imagine the impact on the IT industry, if a similar law is enacted in Karnataka. This step could end up doing more harm than benefit to the states. In Haryana itself, Gurugram (Gurgaon) has the potential to be a world-class city. If strictly enforced, this would hamper Gurugram’s chances. It would also be another disincentive for companies to become big. As it applies only on the formal sector, companies with say 11 employees may just cut 2 jobs and remain outside the law. They could start relying more on outsourcing and hiring employees from vendors like Quess. Companies are also justifiably wary of this becoming another regulatory compliance which could leave them at the mercy of labour inspectors.

It does, however, provide space to local aspirations. The son-of-the-soil sentiment is found naturally in all places and relative deprivation, poverty and unemployment only promote this sentiment. These steps give legality to local aspirations, which in itself is not unreasonable.

A much less discussed dimension of the debate is the concern for demography. We have seen this dimension highlighted by regional parties like Shiv Sena and MNS in Maharashtra. Although Mumbai always had a cosmopolitan character, the change in demography is a genuine concern for many smaller states. From their point of view, it endangers their regional culture, identity and language apart from taking away jobs.

In a federal setup, it is natural that local aspirations would be represented in the laws by state governments. But, the task of national integration cannot be completed along with restrictions on employment to those Bharatiyas who are from outside the state.

This is not the only issue with this law. One must be vigilant that this must not become the stepping stone for caste-based quotas in private concerns. There is a very real possibility that politicians and social activists from a certain section will raise this demand. Bharat’s private sector has been competitive based on the discipline of its workers and entrepreneurial spirit of its capitalist class. Now that we are finally out of the socialist darkness of 20th century, this is not the time to bind the hands of the private sector again.

A more acceptable solution could be explored using the concurrent power of Central Government. It is to be noted that in a concurrent subject, laws made by central government override state govt laws. The central govt should take initiative and pass a law in this regard. It could fix an upper cap at the percentage of vacancies reserved for locals. Much better would be to encourage companies to recruit locally by giving them some financial and regulatory relaxations.

Behavioral economics teaches that ‘nudge’ is more powerful than push and carrot does the trick more efficiently than the stick. Governments should keep this in mind while making policies with wide-ranging implications.